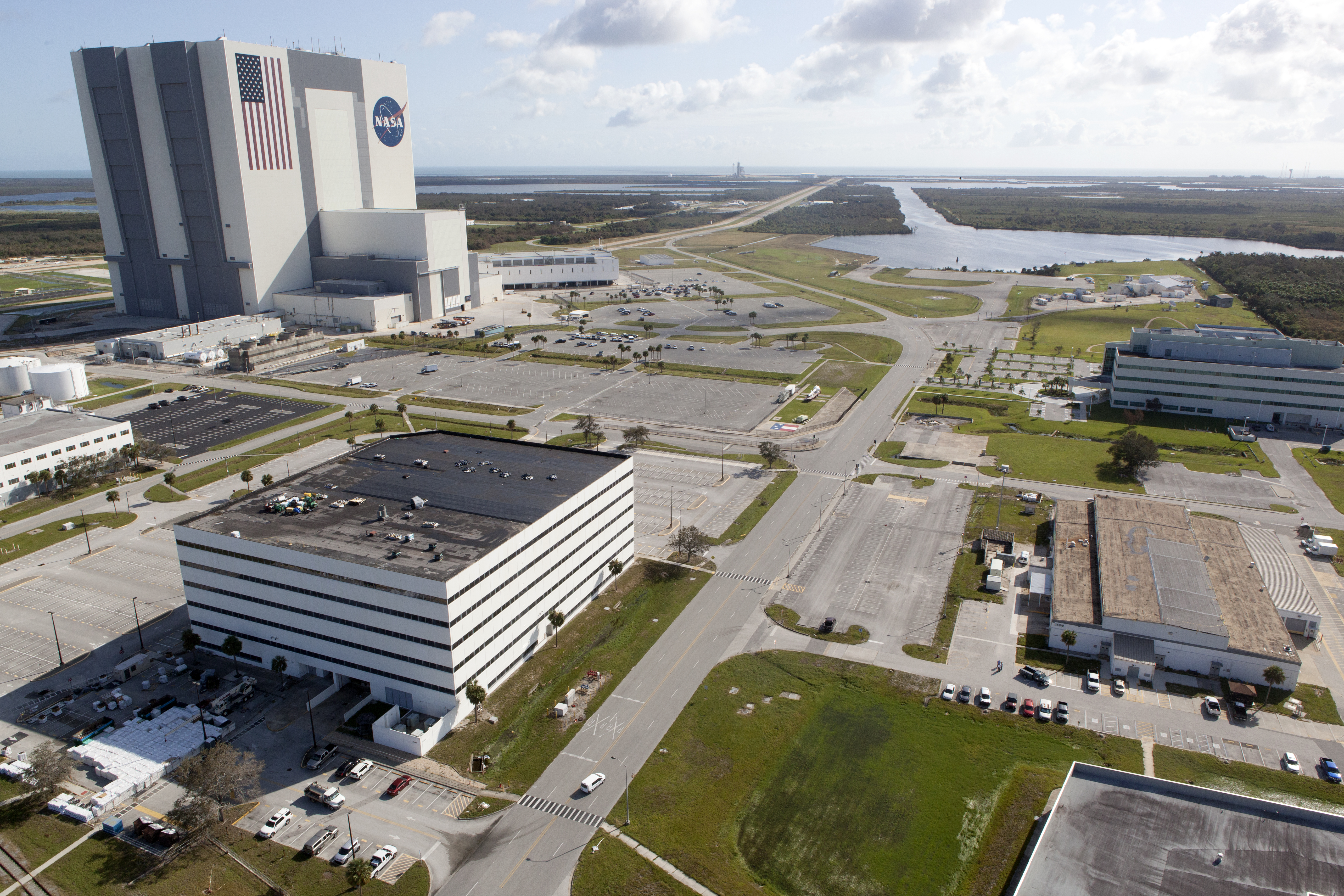 Launch Complex 39 surrounding areas are seen during an aerial survey of NASA’s Kennedy Space Center in Florida on September 12, 2017. The survey was performed to identify structures and facilities that may have sustained damage from Hurricane Irma as the storm passed Kennedy on September 10, 2017. NASA closed the center ahead of the storms onset and only a small team of specialists known as the Rideout Team was on the center as the storm approached and passed.[/caption]